Sometimes, all it takes is a friend to challenge you a little.

« Why don’t you write some of your blog articles in English? »

First, I thought nah. My English isn’t good enough. And who would actually read my English posts as I’ve only written in French up until now?

But the idea kept worming its way in my mind. Why not?

So here I am – be patient with me as I will surely be a bit rusty. It’s been a while since I’ve really used my English skills!

For this first English post – and I hope it won’t be the last one – I wanted to tell you about the Agropur 75 cheese. A while ago, I was given the occasion to taste this cheese, specially created for Agropur’s 75th birthday. Only a fool would have said no, and the timing could not have been better – this was right before Christmas and, for me, cheese is right up there when I think about celebrations!

When I got that HUGE chunk of cheese, I really wanted to cook some dishes with it. So I started like I always do when I want to try out a new ingredient: I started by tasting it. I found its texture to be semi-soft with quite a bit of personality, probably because of the fine ash line in its center. It actually looks like another cheese you might have tasted, Le Douanier, although its taste is really unique.

As my brother was with me at the time I received the cheese, I suggested an omelet for lunch. His answer was clear: « No way I’m eating blue cheese! »
It took a bit of convincing, but he finally decided to taste it and, of course, came to the conclusion that a little ash line does not mean a cheese is blue. This simple omelet was a hit!

Then something strange happened. Whenever I got the Agropur 75 out to cook with it, I somehow ended up eating whatever cheese I had set aside for my recipe before I got around to cook it. This cheese also is a must when preparing a cheese plate: it is strong enough to balance out softer cheeses, but will at the same time please any of your guests who might not be blue cheese fans.

This cheese will only be available for a limited time, and is only distributed in cheese shops, so next time you go out for groceries, make sure you keep your eyes open for it. If you would like some recipes you can try out with this cheese, I recommend that you visit Tastevino’s blog – as a bonus, you’ll get to practice your French! This blogger had more self control than I did and was able to whip up several recipes with the Agropur 75 (which also goes to show you how big that piece of cheese was)!

And as for you, readers out there, how about some more English posts from time to time?

Special thanks to Pleasure and Cheeses for giving me the opportunity to taste that special edition cheese – believe me, all of my guests were as delighted as I was! 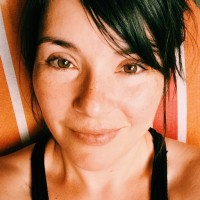